EuroValve are distributors for the following manufacturers. Search our site by clicking on the valve manufacturer's logos below.

EuroValve offers a range of essential services geared towards providing you with the complete service package from enquiry to after-sales.

Eurovalve UK was established in 1992 and specialises in the supply of valves and actuators to industry. We are committed to providing quality, competitively priced, products backed by a prompt, efficient and personal service. These are the business values that have helped us to become one of the leading independent specialists in flow control technology. Initially located on a small site in Leicestershire the business grew rapidly and in 1998, relocated to a warehouse and distribution centre in Worksop, Nottinghamshire. Eurovalve moved to a purpose built sales, workshop and distribution centre in the Spring of 2016 and now has one of the most comprehensive ranges of valves, actuators and ancillary equipment in the UK and has the capabilities to meet the needs of most industries.

It is Eurovalve UK policy to supply products sourced from quality assessed manufacturers whose products meet EU and UK standards and, where required, products will be CE marked, ATEX Certified and PED approved. The Company is an accredited agency for many of the branded products it supplies.

In addition to quality products, Eurovalve expertise in flow control solutions also enables the Company to provide an on site evaluation and trouble shooting service which has helped establish the Company as one of the most technically competent in the business. Eurovalve UK Ltd’s success has been built on the following core values: 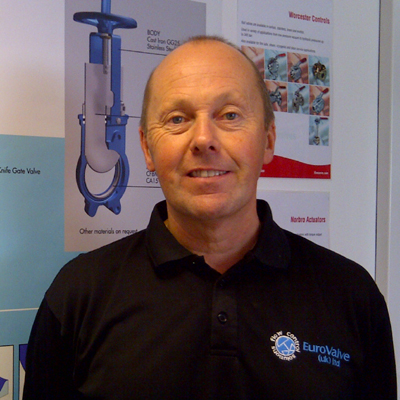 Nick began his working life in the flow control industry in 1978 and has since spent over 30 years in the valve and actuation field working for a leading manufacturer and distributors. Unfortunately somewhere along the way his fringe disappeared never to be found again. As co founder of Eurovalve (UK) Limited in 1998, with the legendary, but sadly retired Warren Stansbury, Nick still thrives on the sales side of the business and enjoys nothing more than visiting sites and offering customers solutions.

Away from work, Nick enjoys travelling, most sports, particularly football (watching these days if following Sheffield Wednesday counts, a curse cast on him from the age of 5) and golf, loves watching bands and despite popular belief, they do not all originate from the 80's ! 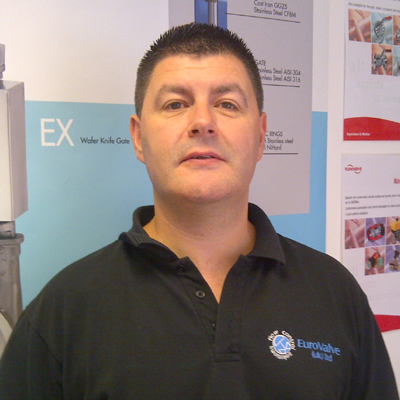 Jason has worked in the Valve Industry since he was a 17 year old, with Distributors and major manufacturers. He has been with Eurovalve in particular for in excess of 10 years and despite the increase in grey hair and long hours, is still thoroughly enjoying it (honest).

Outside of work, he has a wife and three daughters that keep him on his toes, any time he has left is used to watch his favourite football team, Notts Forest, he attempts to play football in all weathers, and ride his motorbike in fair weather and when neither can be achieved try to sneak a crafty pint. 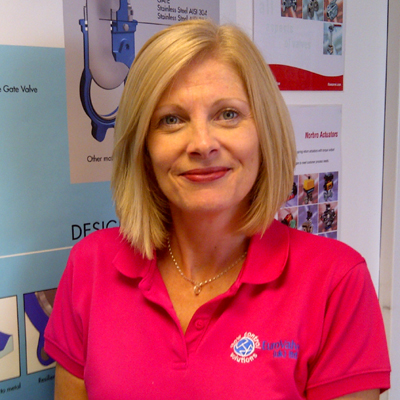 Sandra hasn't had much luck, she met Nick at Ivco in 1980 and can't seem to shake him off ! Since then has had wealth of experience in the valve industry, came to Eurovalve in April 2008 just to help out for a couple of days and has never been allowed to leave ! Sandra`s business skills are endless, putting her hand to technical sales, planning, progressing and QA to name but a few, the complete all-rounder.

At home when she`s not looking after the old man, Sandra loves music, travelling, walking and cooking. 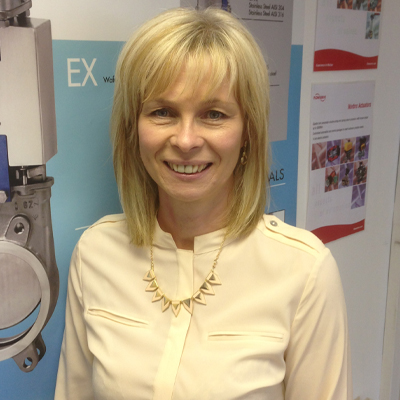 Karen is the most recent member of the Eurovalve team. During her career she has gained considerable experience in finance, customer service and administration working in the manufacturing, recycling and distribution industries. Her role at Eurovalve is to look after the accounts and keep the finances in an orderly manner, along with maintaining the company’s quality systems.

At home, Karen is kept busy with her husband, two daughters and French bulldog, spending many weekends away at the coast. For the past 13 years she has enjoyed a weekly tap dancing class and has been known to participate in a few amateur shows but will never reveal dates and venues to work colleagues! 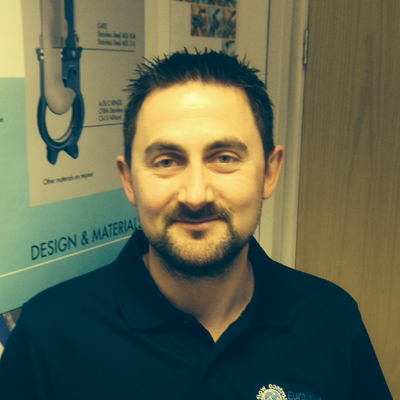 After University Seb started his working life in the rotary drying industry before moving to the hydraulics industry supplying the deep coal mines for 12 years.

Outside of work Seb tries to keep up with ferrying his children around to their hobbies, even getting roped into helping coach tag-rugby at his son’s rugby club on a Sunday morning (the bacon butties make it worth his while). When not chasing round after the children Seb can be found ‘helping’ his wife with the gardening. 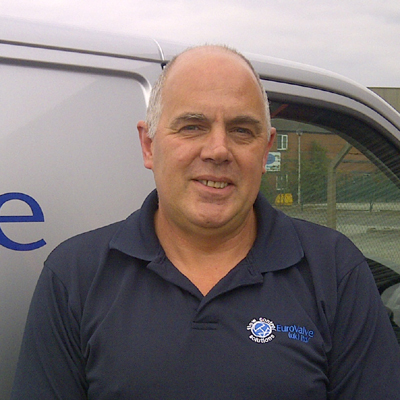 John started his working career at Steetley as an apprentice engineer and then spent the following 24 years as a mechanical fitter until its closure. Joining Eurovalve in February 2005, John is now the warehouse and workshop supervisor and is responsible for all relevant activities. “Mr Reliable” for Eurovalve, always there to help customers and his colleagues (within reason !)

John is a keen biker and can often be seen at home polishing his “CBR Blackbird”, that’s a big Honda motorbike if you don’t know. When he's not biking, he spends all his spare time with his wife, three daughters and numerous family pets. 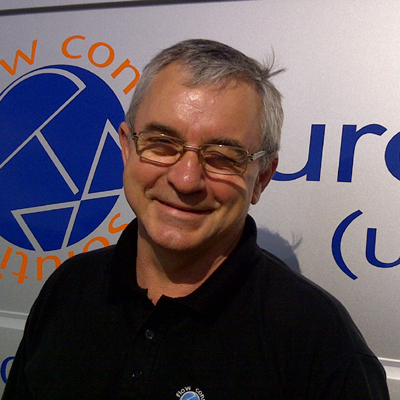 Sam joined David Brown Gears as an Apprentice fitter in the early 70's, since then he was proud to be a member of the armed services and then began his valve career as a fitter at Blakeborough's and then Hopkinsons. Joining Eurovalve March 2011, Sam's experience as a valve fitter has been invaluable to Eurovalve and is responsible for the majority of our workshop builds.

Sam is very proud of his Scottish Heritage as he often reminds us and often amazes us by his historical and musical knowledge. At home he is kept busy by his family, in particular his Grandkids 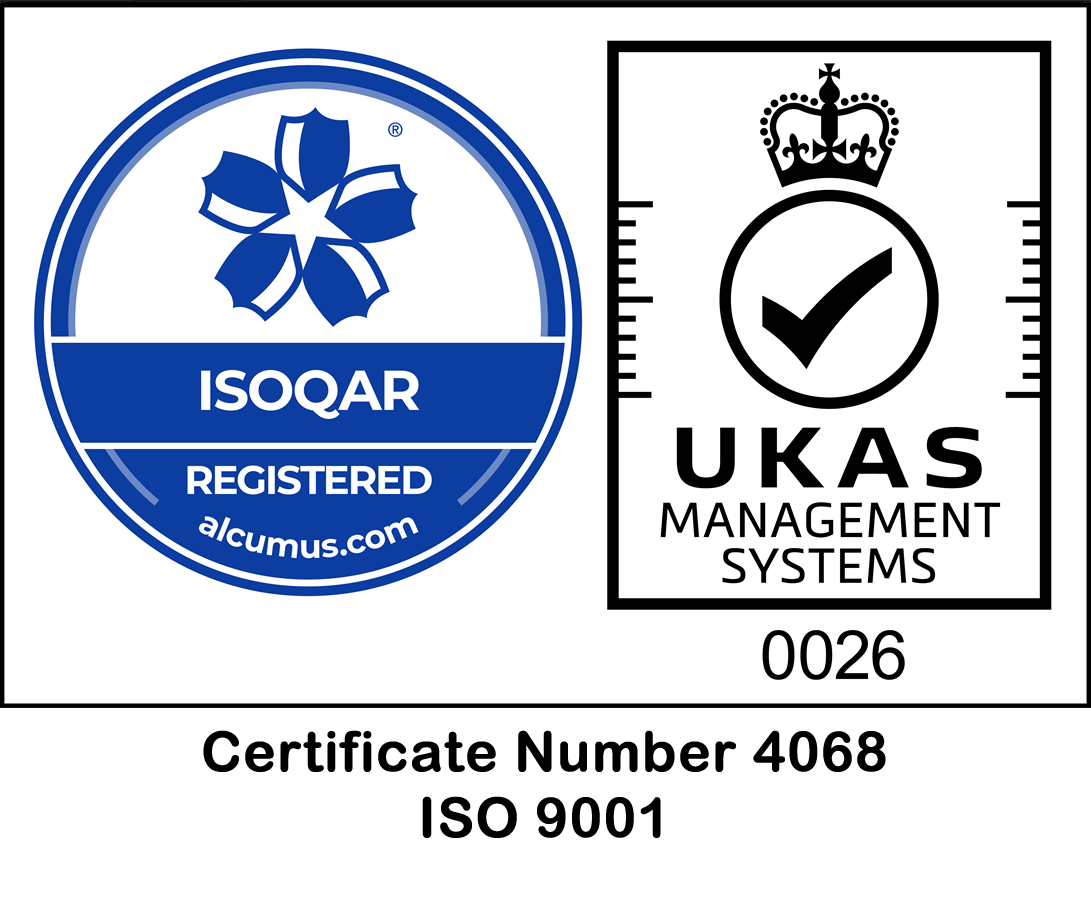